Taloflow announces the close of a $1.1 million venture round and aims to save enterprises $10 billion in cloud spend by 2025 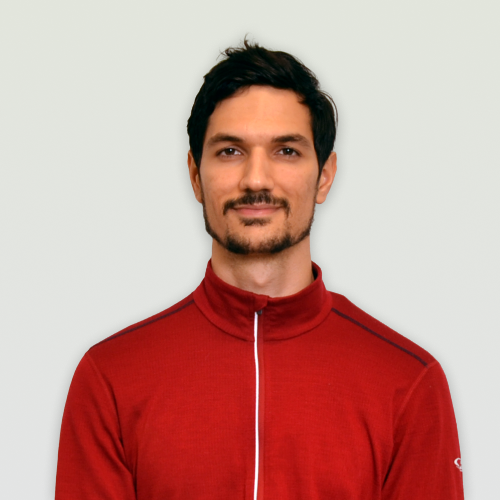 SUNNYVALE, CALIFORNIA — October 26, 2018 —Taloflow (formerly known as LocoNoco) announced today that it has closed on a C$1.1 million (US$905,000) Pre-Seed round to help enterprises drastically improve cloud infrastructure performance and reduce costs.

Victory Square Technologies led the financing. Plug and Play Ventures, David Tedman, the Co-founder of Hootsuite and Invoke, Ross Wightman, Founding Engineer of Avigilon, and Aly Madhavji, Founder of the Blockchain Founders Fund, also participated in the round. The closing of the investment round also comes with the announcement of Taloflow’s induction into Batch 1 of The Plug and Play Enterprise 2.0 Accelerator based in Sunnyvale, California.

Taloflow’s software-as-a-service offering provides anyone operating in the cloud with effective tools to seamlessly set up alerts and cloud workload automations based on metrics and events that have a direct impact on business objectives, costs and performance in real-time. Wasted cloud spend on Amazon Web Services, Microsoft Azure, and Google Cloud Platform is a serious issue, where any mid-sized to large enterprise can find itself wasting millions because of poor provisioning of cloud resources and a lack of intelligent workload automation. Taloflow enables companies to adopt best practices for cloud resource optimization.

“Anyone that’s operated in the cloud knows the sticker shock that comes with the monthly cloud bill, as spend is oftentimes double or triple the original expectations,” started Jason Kim, Taloflow’s Vice President of Product. “Through working with our early customers on RPA and cloud projects we realized that the ideal application for our AI and workload automation technology is cloud cost and performance optimization for enterprises at-large”.

“As a software architect with a finance background it’s fascinating to see the paradigm shift for how infrastructure budgets are managed. What was once easy to provision by the Finance department is now dynamic, variable, and unpredictable for many organizations” stated Todd Kesselman, CFA, Taloflow’s Chief Technology Officer. “How a developer configures a serverless function can have a 2x, 5x, or even 20x variability in the cost of running a process. We want to provide enterprises with a platform to help them manage, model, and impact cloud costs in a seamless way”.

Taloflow is a Vancouver and California-based startup in the cloud infrastructure space. Taloflow’s software-as-a-service offering provides anyone operating in the cloud with effective tools to seamlessly set up alerts and cloud workload automations based on metrics and events that have a direct impact on business objectives, costs and performance in real-time.

Victory Square Technologies (VST) is an accelerator with 20+ portfolio companies focused on emerging technologies such as: Blockchain, Machine Learning, Artificial Intelligence and VR/AR. It has a proven process for identifying and investing in extraordinary start-ups which are working on innovative and disruptive projects in every sector of the global economy, including Finance, Health, Real Estate, Insurance, Entertainment and Education. Victory Square uses its expertise and resources to help grow and scale these portfolio companies, which results in significant returns for VST and its shareholders.

Plug and Play is a global innovation platform. Headquartered in Silicon Valley, we have built accelerator programs, corporate innovation services, and an in-house VC to make technological advancement progress faster than ever before. Since inception in 2006, our programs have expanded worldwide to include a presence in over 20 locations globally giving startups the necessary resources to succeed in Silicon Valley and beyond. With over 6,000 startups and 280 official corporate partners, we have created the ultimate startup ecosystem in many industries. We provide active investments with 200 leading Silicon Valley VCs, and host more than 700 networking events per year. Companies in our community have raised over $7 billion in funding, with successful portfolio exits including Danger, Dropbox, Lending Club, and PayPal.

Cloudflare R2 vs Amazon S3
Will Cloudflare R2 Win Customers from Amazon S3?
8 Amazon S3 Alternatives
An In-Depth Guide to Data Labeling - Tools, Best Practices & More
How to Optimize Your AWS Costs in 2021: Top Vendors, Tips, and More
Object Storage vs Block Storage - What's the difference?
Segment vs Rudderstack vs alternatives in 2021 - Go Data Warehouse-first?
Moving AWS Glue jobs to ECS on AWS Fargate led to 60% net savings
How we reduced the AWS costs of our streaming data pipeline by 67%